Home/Will Judas be Revived as the Antichrist? 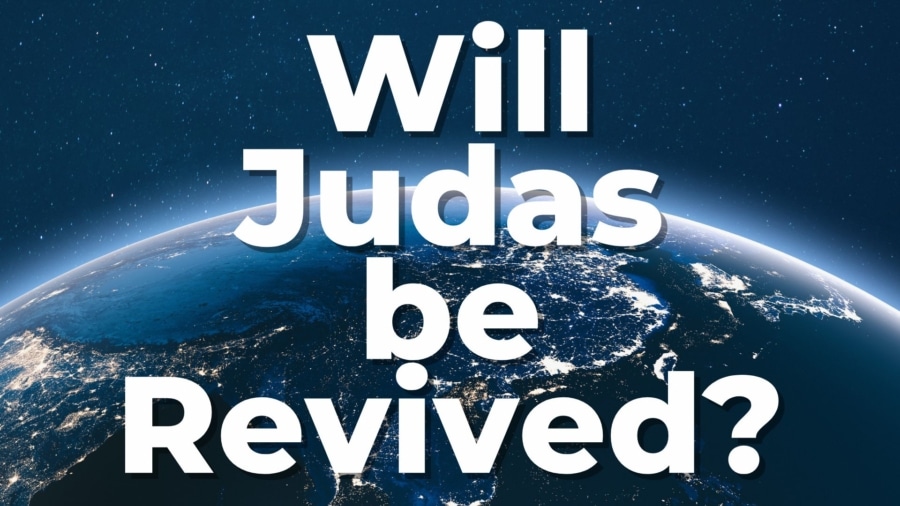 Daniel 11:36 deals with the Abomination of Desolation. It says, “Then the king will do according to his own will. He will exalt and magnify himself above every God. He shall speak blasphemies against the God of gods and shall prosper till the wrath has been accomplished.” Always remember the tribulation period is a time of God’s wrath. Paul warned of the wrath that was coming on the unbelieving nation of Israel. That wrath spoken of in Daniel 11:36 was fulfilled first in 70 A.D. and the destruction of the nation, and then it’ll be completed during the tribulation period. So, God’s wrath is going to be accomplished “for what has been determined shall be determined.” Daniel 11:37 says, “He shall regard neither the God of his father's,” which tells me that if he comes out of Islam, he will be different than Islam, and “…he will not regard any God.” Why? It's hard to regard any God when you think you are God! You'll notice that it says, “…He will magnify himself above them all.” What was Satan's basis of rebellion? Isaiah 14:14 shows us what Satan, and therefore, the antichrist will say, “I shall make myself like God.” Why do you suppose the Antichrist is called “a prince” in Daniel chapter nine and a “king” in Daniel chapter eleven? At Mid Tribulation point he is in dwelt by Satan as Judas was. As a matter of fact, there are some very interesting parallels between Judas and Antichrist. They're both called the “son of perdition.” The Antichrist is called “…him who was…” and “him who is not…” and “…him who is to come…” When Judas died, the Bible says, “he went to his own place.” So, is it possible that Judas may be revived? Maybe I wouldn't argue the point, but there are some very strange connections between the two Daniel 12:11 says, “From the time that the daily sacrifice is taken away…” Remember, they're going to rebuild the temple. Jewish sacrifices are going to be re-implemented. Do you get excited when you hear about the temple being rebuilt? It is a sign that Christ is coming; that's a good thing. But the fact that the Jews are going to rebuild the temple is a bad thing. They're violating the entire book of Hebrews. The book of Hebrews told them that all that sacrifice has passed away, the veil has been ripped from top to bottom. The temple ultimately was destroyed (in 70 AD). The sacrifices have ceased because they were all fulfilled in Christ, but unbelieving Jews keep going back to the old covenant. During the tribulation, the sacrifices for unbelieving Jews are going to be reinstituted in Jerusalem and at the mid tribulation point, when Antichrist walks into the temple, he will demand that sacrifices stop. Daniel 12:11 continues “…from the time that the sacrifices are taken away and the abomination of desolation…” The antichrist has set up probably an image of himself in there. “Shall be 1290 days” why 1290 and not 1260 (3 ½ years)? There's an extra 30 days here. Is there going to be a clean-up program? The Earth is going to be a slaughterhouse during God’s wrath and antichrist rule. From the time of the second Advent (Christ’s return to rule and reign), there's going to be at least a 30-day period of basically restoring the earth. Though you might think 30 days is quick time to restore the mess that's going to be here, because the Lord made the universe in seven days, He can surely clean it up in 30. That some of these things were simply not told. With prophecy always keep this in mind. There's always a missing piece. So like a puzzle with a missing piece, it's always hard to put it together. And the missing piece doesn't fall into place until the right time. Which should tell us something. Don't be too dogmatic that you know everything about prophecy because things are going to happen different than you think.