When you see all these things…

Home/When you see all these things…

When you see all these things…

"When you see all these things..." 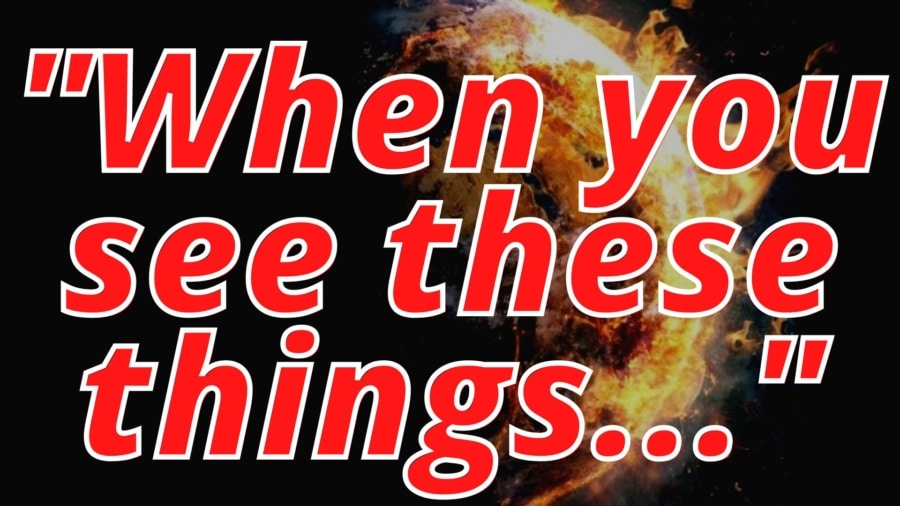 In Matthew 24:32 Jesus turns to parables. Why? To illuminate and illustrate His prophecy stated before. In Matthew 24:32, Jesus says, “Now learned this parable from the fig tree.” The fig tree has a definite article. And what fig tree is he talking about? Jesus is making THAT fig tree is the symbol of Israel, a specific fig tree. Matthew 21:18 says, “Now in the morning, as He returned to the city, He was hungry and seeing a fig tree by the road, He came to it and found nothing on the leaves and He said to it, ‘Let no fruit grow on you ever again.’ And immediately the fig tree withered away and when the disciples saw that, they marveled, saying, ‘How did the fig tree wither away so soon?’ Jesus answered and said to them, ‘Assuredly, I say to you, if you have faith and do not doubt, you will not only do what was done to the fig tree, but also if you say to this mountain, be removed and be cast into the sea, it will be done.” Israel the fig tree He's talking about in Matthew 24 is the fig tree he cursed in Matthew 21. That's why He says, “Learn a parable from the fig tree.” They still have this in their mind. It was only two days previous. They learned a parable from that cursed fig tree because it represents the nation of Israel when its branches become tender and puts forth leaves. You know that summer is near Jesus saw this fig tree and it had leaves on it, did it not? Fig trees put forth the fruit before the leaves so when the leaves are visible, there should be fruit on it. When Jesus came to the nation of Israel, they had the appearance of having fruit but there was no fruit. In Matthew 23, He had just cursed them (eight “woes”), had he not? He cursed them because there was no fruit, because their religion and ritual and activity and careful observance of the law, there was no fruit. So Jesus says, learn a parable from the fig tree. "When you see all these things, you know that summer is near.” All what things? Everything He's been talking about earlier in Matthew 24,. What is the summer? Summer is the kingdom. The kingdom is near. Have you and I seen “all these things” yet? Many of them are still future. The Rapture is still future. Tribulation still a future. Abomination is still a future. Great tribulation and everything else is still future. But one day there's going to be a group of people who are going to see those things happening and they're going to know if they're well instructed. When they see antichrist sign a covenant for seven years, they're going to know they have seven years till the Lord returns. There's not going to be any question. You and I have no idea when Christ is going to return. They're going to know. Matthew 24:34 says, “Assuredly I say to you, this generation will by no means pass until all these things are fulfilled.” Because the fig tree is symbolic of the nation of Israel, with the appearance of the nation of Israel, our generation is not going to pass until all these things are fulfilled. He's saying this generation is not going to pass. By interpretation it's the generation that sees all these things happening. We're not there yet. But by application, we do see one the fig tree blossoming. Right? When you see these things, you know that His coming is near. “Heaven and earth will pass away, but my words will by no means pass away.” The Word of God is going to be fulfilled he says. “But of that day, and hour, no one knows, not even the angels of heaven, but my father only.” In another passage, He says, not even the son of man.” Why would Jesus, as God in the flesh, not know when that day He will return? The answer is in Philippians 2:6-8, where it says that “He emptied Himself…” In the Greek this means to voluntarily lay aside certain privileges. Jesus Christ voluntarily laid aside the exercise of certain of His attributes or of it. He didn't lay aside his duty. He simply laid aside the use of certain of His divine attributes for a time in order to make Himself subject to the same uncertainties and difficulties that we are subject to. He did everything he could to make himself as much like you and I as He could without sin. Hebrews 4:15 says, “He was tempted in all points as we are, yet, without sin.”