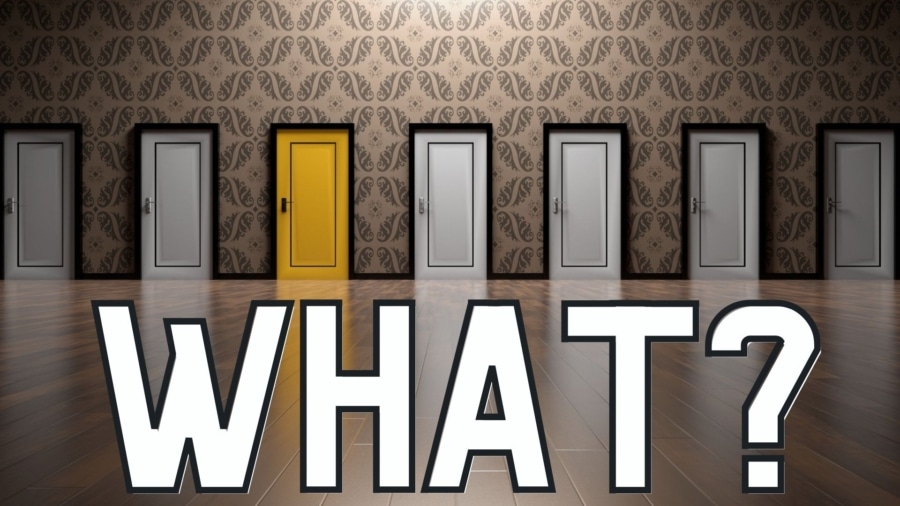 In John 11:28, the focus shifts from Martha to Mary. "When she said these things, she went her way and secretly called Mary, her sister, saying," "The teacher has come and is calling for you." It's very interesting to methat Jesus was always identified to Mary as "the Teacher." And one of the reasons for that is every time she came to Him,she was at His feet listening. "As soon as she heard that, she rose quickly and came to him, and Jesus had not yet come into the town, but was in the place where Martha met Him. The Jews were there with her in the house, comforting her when they saw Mary Rose up quickly and went out. They followed her saying, 'she is going to the tomb to weep there'." Then when Mary came where Jesus was and saw Him, she fell down at His feet."Could I suggest to you that a lot of us are like Martha impressed with what we know but lacking in surrender?Others of us are like Mary and we have all the surrender in the world, but we lack the knowledge. It takes both of them plus something else -- a hunger for God's word. "...she fell down at His feet..." We see her at His feet in Luke Chapter Seven, Luke Chapter Ten (at the end of the chapter), and again in John Chapter Twelve. I don't know if you noticed this, but every time we see Mary in the Bible, she's at His feet. Isn't that amazing? A person with a surrendered heart.What does she say to Him? "Lord, if you had been here, my brother would not have died." I almost think Martha and Mary must have talked this over. How many times might they have said to each otherin those four days, "if the Lord had come; if only the Lord would have come; if only He had been here, what a difference He could make." And we say the same thing in our own lives when we question "Why?" Could I recommend that you not use that word when things are difficult? Because God's not going to give you an answer. "Why did God allow this?" "Why did God permit this?" "Why didn't God do this?" He's not going to answer you. You might remember there was a guy in the Bible who askedwhy for a long time his name was Job. God didn't answer him. Even when the Lord spoke to him out of the stormat the end of the book, He didn't answer his question. Why?I'd like to recommend that we start thinking about asking a different question. "What?" "What would You have me to do?" "Not my will, Thy will be done." "What would You have me to do in this situation that I'm inas a child of God by faith in Jesus Christ, surrounded with angelic protection everywhere that I go, knowing that I am in Christ and He is in me,knowing that in Your perfect plan, nothing can touch me, but by Your permission... What would you have me to do with what I'm facing today?" It makes things a lot different.Jesus doesn't carry on a conversation with Mary. It says, "When he saw her weeping and the Jews that came with her weeping, He groaned in spirit and was troubled. And He said, 'Where have you laid him?' And they said, 'Lord, come and see'." Then comes some people's favorite verse -- easy to memorize -- "Jesus wept." Why do you think He wept? He wasn't weeping for Lazarus. He knew He was going to raise him from the dead. Is He weeping because of compassion for the people, for what they're going through? Maybe. We know that He had boundless compassion. The next couple of verses, give me a little bit different opinion."Then the Jews said, 'See how He loved him?' They look at him, He's weeping. "See how he loved him?" Oh, He must have loved Lazarus so much. "...And some of them said, 'Could not this man who opened the eyes of the blind even have kept this man from dying?" "Jesus groaned in Himself." Twice we're told that "He groaned." Once we're told that "He was troubled,"and, once we're told that "He wept." The word for groaning is a very interesting word. It means to "snort with anger," and I never heard that before. If you want the long version "embrimaomai" is the Greek word meaning "to snort with anger or frustration." The word "troubled" means "to be agitated." Now, why would the Lord Jesus snort with anger and be agitated? Could I suggest to you that maybe He wept because of their unbelief. No one here is saying, "You're in charge." No one here is saying, "Not our will; Your will be done." Not anyone here is saying, "God has a plan for each and every one of us. God had a plan for Lazarus."Do we think about these things when we go through difficulties? "What would you have me to do?" I would suggest that maybe sometimes our lives, our doubts and our unbelief may cause Him to groan.