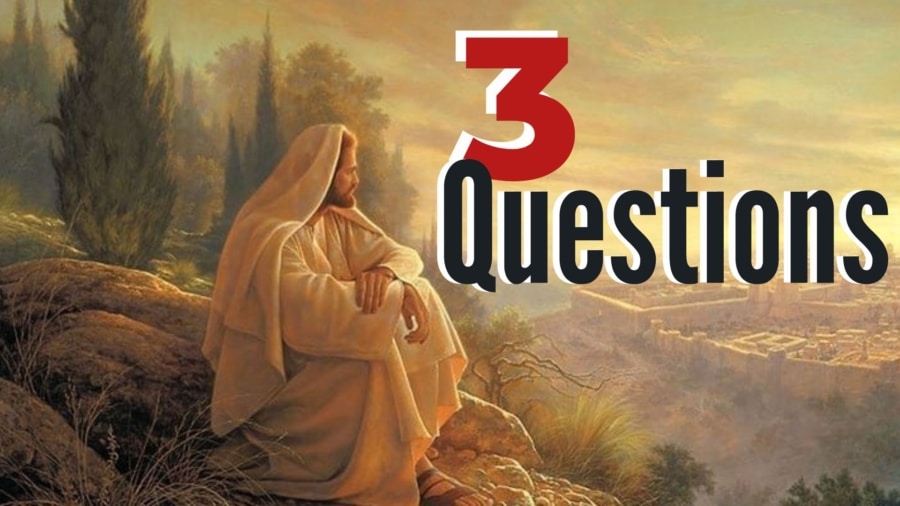 As always, it is crucial to get the contextual setting. Jesus “departed from the temple” (Matt. 24:1). But this follows His most terrible message to Israel in Matthew 23, in which He announces eight “woes” to the nation for their rejection of Him. He concludes this message with the warning, “You shall see Me no more till you say, ‘Blessed is He who comes in the name of the LORD!’” (Matt. 23:39). Jesus never entered the Temple again. This departure was a fulfillment of the vision of Ezekiel (Ezek. 10:18–19), where he saw the “glory of the LORD” depart from the temple. The disciples’ comment on the buildings of the Temple (Matt. 24:1) results in Jesus’ prophecy of its ultimate destruction. This, in turn, causes the disciples to ask three questions. These questions are vital to all that follows. Jesus’ response is a prophetic overview of future history. Jesus’ Prophecy of the Temple, Matthew 24:1–2 Although this prophecy certainly anticipates the destruction of Jerusalem in 70 A. D. (dealt with in Luke 21:20–24), we know that not “every stone” of the Temple was thrown down at this time. The very existence of the western or “wailing” wall is proof of this. Jesus had in mind the total destruction that would precede His Second Coming (Rev. 16:17–21). The Questions of the Disciples, Matthew 24:3 The three questions are related, yet they address separate issues: 1. “When will these things be?” This question has to do with time. The question is answered in the Tribulation portion of the message (Matt. 24:9–28). 2. “What will be the sign of your coming?” This specifically relates to the Second Coming of Christ (Matt. 24:29–31). This does not refer to the Rapture, which is at this time part of the unrevealed “mystery” of the Church Age (Eph. 3:1–10). 3. The final question has to do with “the end of the age,” which I take to mean the “Age of Israel” since the disciples did not yet know about the Church Age. We now know that the Age of Israel has been interrupted by the Church Age (an intercalation). The final seven years of the Age of Israel is the Tribulation period, also known as Daniel’s 70th week (Dan. 9:24–27), which is divided into two portions of “1,260 days,” or “42 months,” or “three and a half years” (see Dan. 12:7; Rev. 12:6, 14; 13:5).