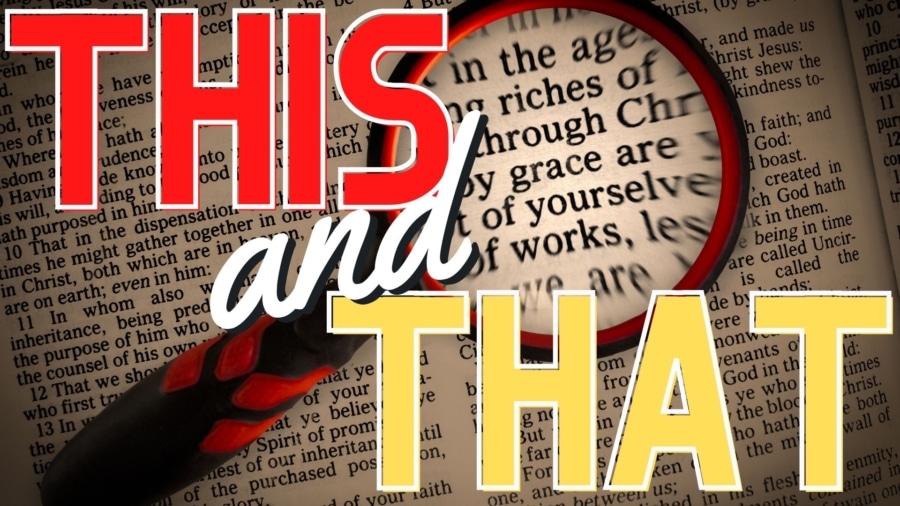 I have never personally watched a dead person come to life, but I have watched multitudes that were dead in their trespasses and since enter resurrection life; That's even a greater miracle. In Ephesians two, Paul says, "And you, he made alive who were dead in trespasses." The tragedy about a person who is dead is that they don't know they're dead; our world is dead and doesn't know it. At the foot of the cross, that's where we were :dead in our trespasses." Since we realize our deadness and we realize our separation from God, we look away from the sin and we look up and the top of the cross is pointing us to the Savior Jesus Christ. It's what he has done when He went to that cross to give us eternal life. And so, Paul says, "you were dead, but he made you alive. You were dead and trespasses and sin in which you once walked according to the course of this world, according to prince of the power of the air; the spirit, that now works in the sons of disobedience." This, of course, the spiritual kingdom of Satan. "Among whom we also," Paul, includes now the Jewish believers with the Gentiles, "...once conducted ourselves in the lust of our flesh, fulfilling the desires of the flesh and of the mind. And were by nature, the children of wrath, just as others." But here's the great conjunction of contrast. The greatest contrast in all of history. It's like when we look at the Cross and we think of how the Cross separates human history. Jesus Christ came into this world and split history in two. And every time we write a date or every time we see a date like on a coin, it's reminding us Christ invaded human history. "But God," he says, "who is rich and mercy verse for because of His great love with which he loved us." Notice he loved us even when we were dead in our trespass and sins. He loved us even when we were walking, according to the course of this world -- when we were under the power of the dominion of Satan. Paul says in Romans 5:8, "Even when we were enemies, Christ died for us." "...because of His great love, which he loved us, though we were dead in our trespasses..." I ask you to notice again the three things. 1) he made us alive together with Christ. And then that parenthetical phrase "By grace, you have been saved." 2) "He raised us up together." 3) "He made us sit together in heavenly places, in Christ Jesus." What is salvation? The salvation Christ purchased for us? What are we talking about? We're talking about those three things that God has done for us through the Person of Christ. Paul wraps these three marvelous things together in the idea of salvation. And then he says in Ephesians 5:7 "that in the ages to come, He may show the exceeding riches of his grace in His kindness to us in Christ Jesus." Throughout all the ages and eons of eternity, we're going to see more and more and more of His grace. Then he says, "For by grace, you have been saved through faith, and that not of ourselves, it is the gift of God." Here's two words I want you to hang on to for just a moment, and they'll make more sense to you. What is salvation here? Here's the first word. It's "THIS." What do I mean by "this?" Those three things I pointed out in verses five and six. What is salvation? It is "this:" 1) raised up with Christ. It's sharing his resurrection power. 2) seated with Him on the throne in heaven. And "this" is "that." "That" points to Ephesians 2:8. What is "this?" It's "that," namely, "by grace you've been saved through faith and that not of ourselves." See the little word "that?" "That (salvation)" is the summary of those three things, "...is not of ourselves, it is a (free) gift of God." My friends, a gift can only be received.