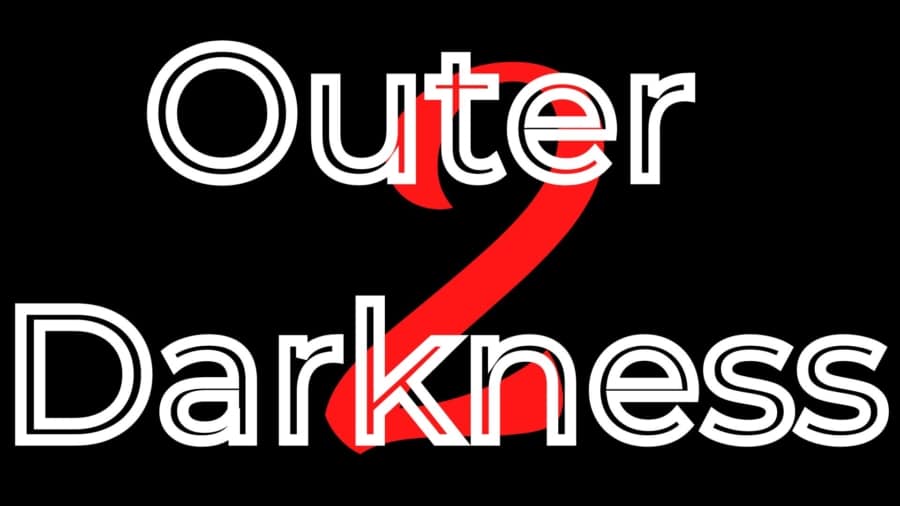 There is a controversy around the term “outer darkness” which Jesus teaches in parables. It is crucial to view these parables considering the timeframe in which they were given. These parables are addressed to Israel—not the Church, which was not yet in existence. Specifically, they are aimed at Israel during the Tribulation period. That is not to say we cannot find applications which are valuable, but application is not the same as interpretation. Inaccurate interpretation will inevitably lead to flawed applications. To illustrate pitfalls of misinterpreting what Jesus means by the “outer darkness,” Matthew 25:30, the parable of the talents, says, “cast the unprofitable servant into the outer darkness. There will be weeping and gnashing of teeth.” Is the unprofitable servant a believer or an unbeliever? To answer this question, we look at the trend of Jesus teaching starting in Matthew Chapter Eight. You remember the Centurion story? In Matthew 8:7, the Centurion said, “I am not worthy.” Here is one of the hallmarks of faith, which is humility. “I am not worthy that you should come under my roof. Only speak the word.” So, there is a trust in the authority of the Lord's word and the power of His word. And then, of course, there is authority orientation. The Centurion continues, “I am a man under authority. And I have soldiers under me….” And with this. Jesus responds by “marveling.” We only see two times in the Gospels that Jesus “marveled.” One is here at the faith of a Gentile centurion, and the other time is when He marvels at the unbelief of the Jews. So, Jesus marvels and says, “Assuredly, I say to you, I have not found such great faith, not even in Israel. And I say to you that many will come from the East and the West and sit down with Abraham, Isaac, and Jacob in the Kingdom of Heaven.” Why are they coming from the East and West? Remember, the Bible is always Jerusalem and Israel centered, so, East in the West refers to Gentiles, not Jews. Jesus continues the parable, “But the sons of the kingdom will be cast into outer darkness.” Does this sound familiar? “There will be weeping and gnashing of teeth.”Some say that we must take “the sons of the kingdom” here as referring to believers because “sons of the kingdom” is also used by Jesus telling a parable about a field and a man sowing good seed in his field and an enemy came and sowed tares. So, that thinking says, because the Son of Man (Jesus) is the Sower, and He sowed “good seed”, they are the sons of the kingdom. We have to believe that they are believers, right? But who is He talking to? He's talking to Jews. And He's talking to Jews from their culture which was based on the Old Testament. They all knew that Isaiah the Prophet, 700 years before Jesus came into the world, anticipated this parable. Isaiah 5:1 says, “Now let me sing to my well beloved, the song of my beloved regarding his vineyard, my well beloved has a vineyard on a very fruitful hill. He dug it up and he cleared it out, cleared out its stones, and he planted it with what is the choicest vine.” Would you say that's a good seed? I would say that's good seed. Isaiah continues, “He built a tower in its midst as he also made a wine press in it, and he expected it to bring forth good grapes, but it brought forth wild grapes.” Isaiah 5:3 says, “Now oh, inhabitants of Jerusalem and Men of Judah, judge, please between me and my vineyard. What more could have been done to my vineyard that I have not done in it? Why, then, when I expected it to bring forth good grapes, did it bring forth wild grapes?” The argument about the good seed falls to the ground, don't you think? Is Jesus distinguishing between great faith and little faith, or is He distinguishing between faith and unbelief? The centurion had “great faith” and Jesus marveled at that, but the issue is not "great" but "faith." Would you say then that in the picture of those coming from the East and the West, that they are believers? What kind of believers? Gentile believers. Who are those who are being cast into outer darkness? The sons of the kingdom. Remember the parable of the virgins? “Virgin” is God’s nomenclature for the whole nation of Israel in the Old Testament. Also, “My servant” is used of Israel in the Old Testament. Though they are by right Sons of the Kingdom, they are actually unbelieving Sons of the Kingdom. As Paul points out in Romans nine, it's because of their unbelief. Unbelieving Jews are going to be cast into outer darkness.