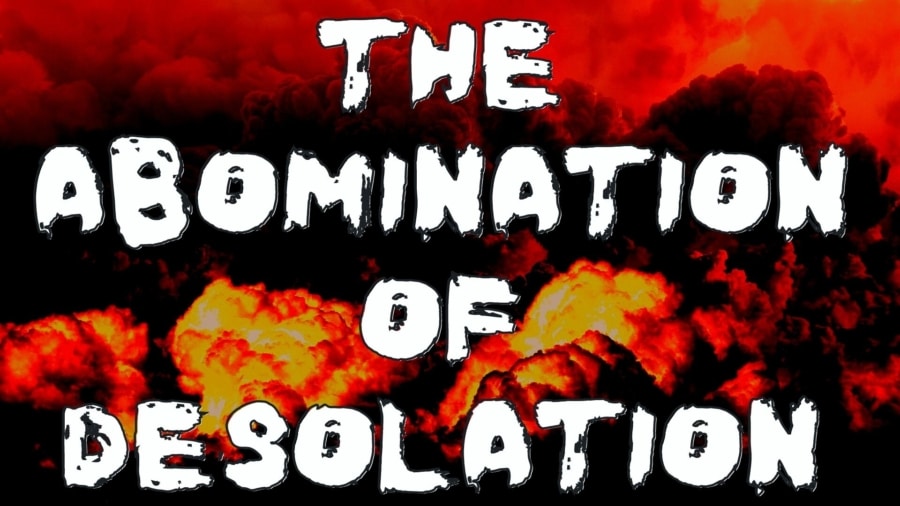 Matthew 24 covers the Tribulation period of seven years. Verse 14 says, “This Gospel of the kingdom will be preached in all the world as a witness to all the nations and then the end will come.” The Church is never going to reach the whole world for Christ. But in seven years, a bunch of Jewish evangelists are going to do what we haven't done in 2000 years. Do you think they were provoked by us to get in gear and get involved? I think so. The Gospel of the Kingdom is going to be preached in all the world. Why does he say the gospel? The Kingdom? Because what's going to be the emphasis of the gospel in the tribulation period? The King and the kingdom are coming right and it's going to be preached as a witness to all nations. “And then the end will come.” Have we seen that word before? Verse 13, verse 3, verse 6 all refer to the end of the age of Israel. Matthew 24:15 says, “Therefore, when you see the abomination of desolation spoken of by Daniel the Prophet standing in the holy place…” No Jew would misunderstand this because the holy place with the holy of holies in the temple parentheses, Matthew adds this little note, “Whoever reads, let him understand.” Then verse 16 says, “Then let those who are in Judea flee to the mountains…” Here's where we are in a period of time -- the Tribulation -- that begins. Jesus gives us the outline to the whole thing. What about this abomination of desolation? Let's focus in on the “abomination of desolation” from Daniel Chapter Nine. Most of you will know that this is in the section dealing with the 70 weeks of Daniel starting in Daniel 9:24. “70 weeks”, the word weeks is “Heptane”, meaning sevens. Say, how do we know what sevens they are? We find out by comparing Scripture with Scripture. And we know that is talking about 70 weeks of seven years; in other words, 490 years. “70 weeks are determined for your people and for your holy city to finish the transgression, to make an end of sins, to make reconciliation, for iniquity, to bring in everlasting righteousness, to seal up vision and prophecy, and to anoint the most holy.” All of those things must be finished by the end of the 490 years. Which brings us to what event the return of Jesus Christ. We know they're for and understand what did, what did Matthew just say? “He who reads, let him understand know therefore and understand that from the going forth of the command to restore and build Jerusalem…” (this happened, by the way, under Artaxerxes in 445 B.C.) “…until Messiah the Prince,” that is, until the coming of Jesus Christ. How many weeks altogether? 69. How many weeks are left? What one if one week is left? Why is it left? Because it's the final seven years of the tribulation period, right. After 483 years of Jewish history, “Messiah shall be cut off…” (the cross) “…but not for himself.” Who's he cut off for? You and I. This where we need to get a little bit careful. Who's “the prince who is to come?” We call him Antichrist. The people of the prince who is to come shall destroy the city and the sanctuary who destroyed the city and the sanctuary in 70 A.D. Rome. “And the end of it shall be with a flood till the end of the war. Desolations are determined.” Will you say that we've been seeing Desolations thus far in Matthew 24? I think so. There's a phenomenal book called “The Coming Prince” by Sir Robert Robertson. If you want all of the details that I'm leaving out here, get the book. Daniel 9:27 says, “He shall confirm a covenant with many for one week, but in the middle of the week (3 ½ years) he shall bring an end to sacrifice and offering on the wing of abominations.” Why did Jesus tell everybody to run? Because the abominations are going to bring desolation “…on the wing of abomination shall be one who makes desolate.”, in other words, scorched earth policy against the Jews. “Even until the consummation” – literally “the end.” We're talking about the same end here. Matthew 24:13 “he who endures to the end shall be saved.” “Until the end (or the consummation)” which is determined is on the “desolator”. In other words, his come-uppance will come.