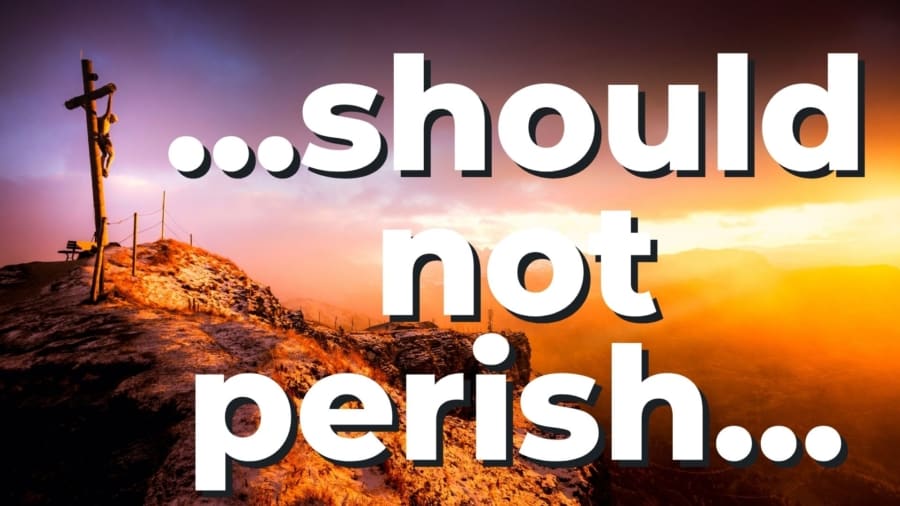 In the beginning of John Chapter three, we find that Jesus is in a nighttime interview with a very prominent and a very important man by the name of Nicodemus. It starts out in John 3:1 saying “there was a man of the Pharisees named Nicodemus, a ruler of the Jews.” So, a very prominent guy here coming to the Lord Jesus by night, it says, "this man came to Jesus by night," and he says, “Rabbi”. There were three ways that you could approach a religious teacher at that time. You could call him Rob. We would say, Rab, the first part of the word Rabbi -- Rab, and that was a term of high respect. If you want to step up one level, then you say, Rabbi and that's the term that he uses for the Lord Jesus. And then there's the highest level, and that is Rob only. And so, he gives Jesus quite a distinction. At least he thinks starting out saying, “we know that you're a teacher, come from God for no one can do what the signs”. See what Nicodemus is focused on? He is focused on what Jesus' works tell us about Him. Nicodemus says, "No one can do these signs that you do unless God is with him," and Jesus cuts him off. Jesus answered and said, “Most assuredly, I say to you, unless one is born again, he cannot see the kingdom of God.” You see, Jesus didn't have time for chit chat. He went straight to the issue. Essentially, Jesus is saying to Nicodemus, "you are highly regarded and highly respected; you're considered a theologian and 'the teacher of Israel.'" In other words, Nicodemus was considered the most scholarly, educated, famous teacher in the entire land. And Jesus is saying, “you’re not even born again”. Nicodemus responded to Jesus, “How can a man be born when he is old can enter a second time into his mother's womb?” Nicodemus is confused. He asks, "How a man can be born when he's old." He can't get beyond the physical condition or a second time into his mother's womb. And Jesus replies, “Most assuredly, I say to you, unless one is born of water and the spirit, you cannot enter the kingdom of God.” Nicodemus is thinking in physical terms. Jesus is trying to get him into spiritual terms. And the water is referring to physical birth. Spirit,) of course, this referring to regeneration or what we call being born again. Jesus continues, “That which is born of the flesh is flesh, that which is born of the spirit of spirit.” Jesus is still contrasting the natural with the spiritual and eternal, and He says, “Do not marvel when I said, you must be born again.” Now he uses another physical illustration with a spiritual meaning. “The wind blows where it wishes you hear the sound, but you can't tell where it comes from or where it's going. So is everyone who is born of the spirit. Nicodemus again confused says, “how can these things be?” Jesus admonishes Nicodemus, “Are you the teacher of Israel and you don't know these things?” With these words, Jesus charges Nicodemus effectively, "You are the elite, most renowned, most honored, most recognized teacher of Israel. And you don't even know the most fundamental, basic thing about the spiritual life." Jesus now uses an illustration that Nicodemus should have been very familiar with. “As Moses lifted up the serpent in the wilderness even so much, the son of man be lifted up that whoever believes in him should not perish but have eternal life”. Whoever believes in him should not perish. The story here in comes from Numbers 21:14-15, where the children of Israel did what the children of Israel always did: complain, moan, and whine to God. So God sent fiery serpents among them and they were getting bitten and dying. And they came to Moses and confessed their sin. And they said, “Pray to God that He'll deliver us.” And Moses commands them to make a bronze serpent, and put it on a pole. Anyone looks at it will live, and if some don't want to look at it, they're going to die,” right? 1500 years before Christ, this was a picture of His crucifixion. Those serpents that were killing the people were symbolized by the serpent on the pole. Your sins and my sins that have been killing us. Our sins were symbolized when Jesus Christ became sin for us. The scripture says, "God made Him become sin for us that we might become the righteousness of God." How? By faith in Him. So, it's in that context that Jesus now says in John 3:16, "For God so loved the world,that He gave His only begotten Son, so that whoever believes in Him, should not perish but have everlasting life." It's so simple.