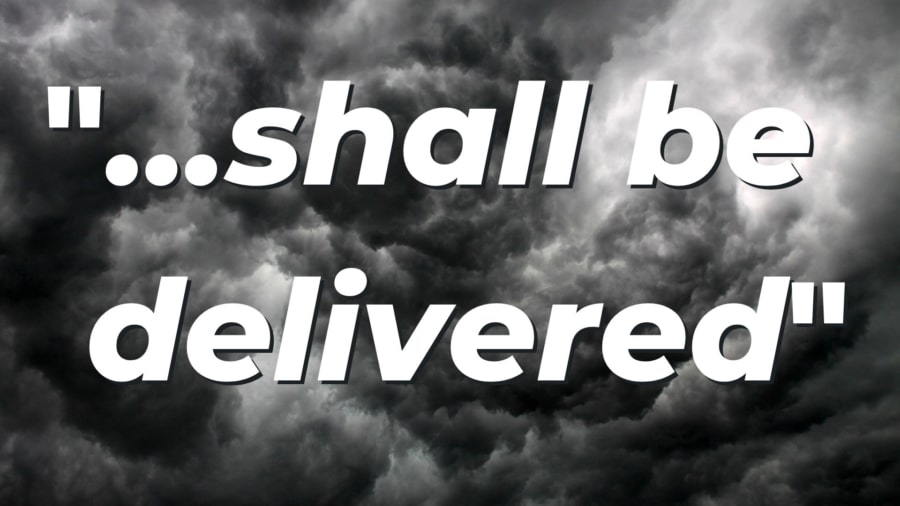 We have to deal with Matthew 24:13 “He who ‘perseveres’ (I prefer that word) to the end (that is the end of the tribulation period) shall be delivered.” What is “saved” referring to? Well, Jesus talks about it in Matthew 24:22, “unless those days were shortened, no flesh would be saved.” If we took the word “saved” in verse 22 as eternal salvation, then eternal salvation depends on the days being shorter. That's not what it's saying. It is using the word save the same way you and I would use the word saved, and that is to be delivered from the terrors that are ravaging the earth; that is to be physically delivered. So “he who perseveres to the end will be delivered.” You ask, “what about the poor people who die as martyrs?” Wouldn't you say they persevered to the end? Wouldn't you say that they will be delivered? The question then is “delivered from what?” They'll be delivered from failure and loss when they stand before the Lord. Daniel gives us a little foretaste of what it's going to be like for believers in the tribulation period. He says in Daniel 11:32, “those who do wickedly against the covenant (that is against the Mosaic Covenant, the old covenant) he (Antichrist) shall corrupt with flattery. You know, with some people flattery will get you anything Politicians know this. That's why they are, for the most part, a pack of liars They'll tell you anything you want to hear so that they get elected There are a few that are good, but many have been corrupted. Notice that he shall corrupt with flattery It's been said that power corrupts, and absolute power corrupts absolutely. We've seen it happen again and again and again. “But the people who know there are God shall be strong” They're going to have supernatural power and “they are going to carry out great exploits.” I believe that some of the things that are going to happen in the tribulation period are going to be absolutely astounding. I believe that there will be a return of supernatural activity like the world has not seen in some time. Particularly those of us in the Western world “And those are the people who understand, shall instruct many.” That should be happening now. These verses should be a portrait of you and me. We should be the people who truly know our God, not just knowing about it, knowing Him personally. We should be the ones who have supernatural strengths and carry out great exploits. And we should be instructing many Yet for many days, they shall fall by sword and flame by captivity and plundering how many days and how many and how many for certain? 1260. Now, when they fall in other words, when they fall under the weight of the attack, the persecution, they “shall be aided with a little help” -- Because with God a little is always enough. When they fall they will be given a little help. “Many shall join with them by intrigue.” In other words, there will always be deceivers. Don't trust everyone simply because they have a nice smile. Don't trust someone just because they have good words. Daniel 11:35 says “Some of those of understanding shall fall” to refine them, to purge them, and to make them pure until the time of the end. “He who endures to the end shall be saved because it is still for the appointed time.” In other words, what Daniel is saying is that some are going to fall and they're going to die and some are going to fall and they'll be given a little help and they will be carried through to the end In other words, they will persevere till the end and they will be delivered. They're going to make it through to the end. In other words, they are going to persevere in the faith.