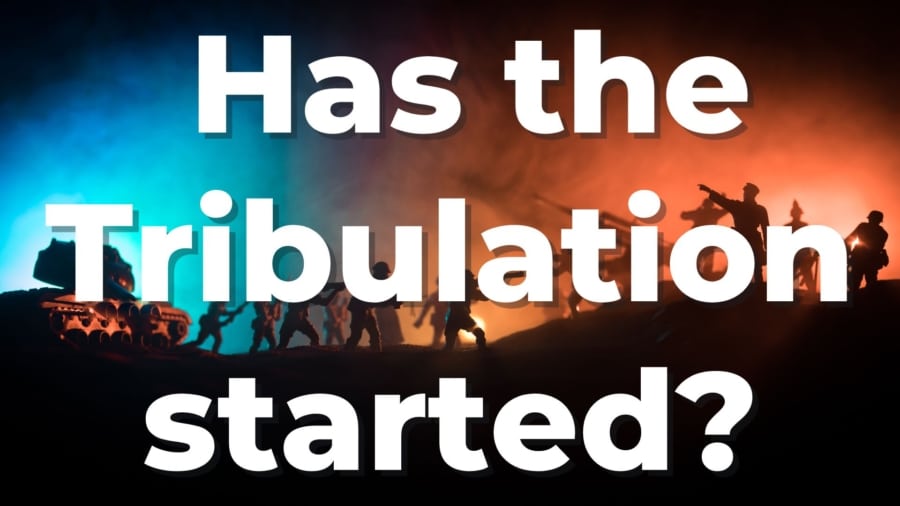 What is an abomination? It's something profane and unholy. But when Antichrist comes on the scene, when he starts finding ways to torment and torture and persecute people on this earth, it will be the most horrible time in history. Desolation is that which essentially destroys. 2nd Thessalonians Chapter Two wraps up the abomination of desolation from a church age perspective. Why is this important? I hope it will comfort you because that's why Paul wrote it. 2nd Thessalonians 2:1 says, “Now brethren, concerning the coming of our Lord Jesus Christ and our gathering together to Him…” What do you think he's talking about? It can only be one thing. There's only one time when Jesus is coming for us and only one time when He's going to gather us to Himself. It's the rapture of the church! We know that Paul is comforting us, and he's comforting us on the basis of the rapture of the church. And he says the reason for this is “…so that we will not be soon shaken in mind or troubled either by spirit or by word or by letter.” This tells us that there were many deceivers in Paul's day, and there were preachers who lied, “I'm sent from Paul.” There were letters that were sent that were signed with the signature, deceiving as if this is from the Apostle Paul or whatever “…as though the Day of Christ has come.” Now, we have a little bit of a textual problem here because some translations say “Day of Christ”; Some translations say “The Day of the Lord.” What is the difference? They're not the same. “The Day of the Lord” is the Old Testament designation for the Tribulation period. In the Old Testament, the the “Day of the Lord” refers to the Tribulation and the Kingdom Age that follows. The “Day of Christ” is a reference to the rapture of the Church. Some New Testament Greek manuscripts have the “the Day of the Lord”. The point is, in either case, the idea the Apostle Paul is conveying is that “we missed it and we're here.” Have you ever heard someone teach that we're in the Tribulation now? They're teaching it all over the place. Paul says, “Let me comfort you; if they tell you this, they're wrong. Why? Because your comfort is the coming of the Lord and our gathering together with Him. And if the Lord hasn't come and we haven't been gathered to Him, it's not here yet.” 2nd Thessalonians 2:3 says, “Let no one deceive you. That day will not come unless the falling away comes first, and the man of sin is revealed, the son of perdition…” Now the phrase “the falling away” is a term that's used 15 times in the New Testament. Ten of those occurrences are translated “departure.” I think “falling away” in 2nd Thessalonians 2:3 should be “departure.” “That Day will not come unless the departure comes first.” This word has a definite article. The articular use here is pointing to what Paul has already spoken of, which is “the coming of the Lord and our gathering together to Him.” So don't be worried because “that Day,” the day you've been told you're already in, “will not come unless the departure comes first.” And I believe “the departure” here is referring to the rapture of the church, not “the falling away of the church” which is declared in other passages. I don't think that's the point here. If we look at it this way, Paul is saying “that Day will not come unless the departure comes first and the man of sin is revealed, the son of predation.” The point is the rapture takes place first, and after that, the man of sin is revealed. I don't think you and I will ever know who the Antichrist is. He may be on the scene, but we don't know who he is. All of that's preliminary because what I want to really get us to is what follows. 2nd Thessalonians 2:4 says, “who opposes and exalts himself above all that is called God or that is worshiped so that He sits as God in the Temple of God, showing himself that He is God.” Does that line up with what Daniel told us about the “abomination of desolation?” Absolutely. 2nd Thessalonians 2:5 says, “Do you not remember that when I was with you, I told you these things. Now you know what is restraining him.” May I suggest to you that if you translate verse three as “falling away” and not “departure,” you don't know “what is restraining him [the Antichrist].” Paul's whole point to these Thessalonian believers is that there are reasons that they should not be deceived into ever thinking they're in the tribulation period.