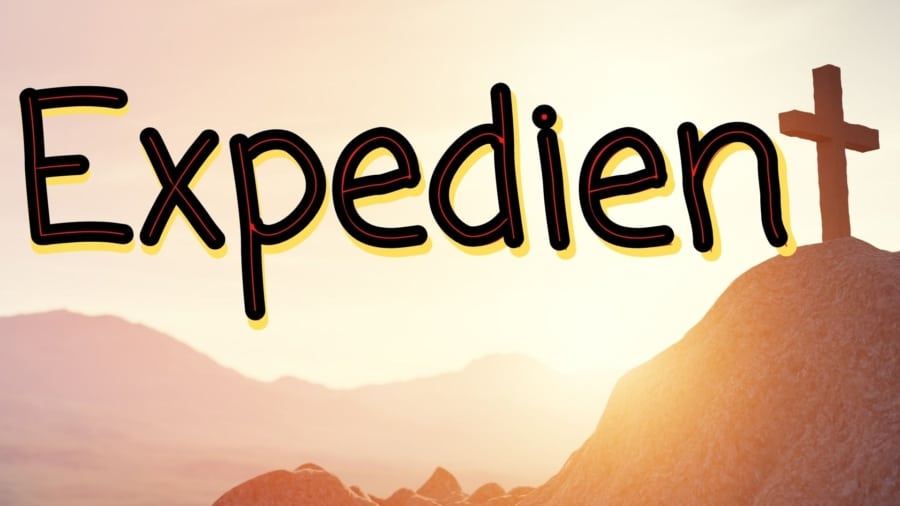 The focus shifts to the Pharisees in John 11:46 John 11:45 tells us, "Many of the Jews that came to Mary and had seen the things Jesus did believed in Him." Wonderful result, but the Pharisees don’t take it that way. John 11:46 say, "But some of them walked away to the Pharisees and told them the things that Jesus did. Then the chief priests and the Pharisees gathered and said, 'What shall we do for this man works many signs’.” You might remember in John chapter three, Nicodemus came to Jesus saying, "No man can do the signs you do unless God sent him." They didn't see it that way. John 11:48 says, "Everyone is going to believe in Him." In effect they are saying "We can't let that happen." Why? Because it would deprive them of their power, their prestige, and their wealth. "If everyone believes in Him," they said, "the Romans will come and take away both our place and our nation. And one of them Caiaphas being high priest that year, said to them, ‘You know nothing at all. Neither do you consider that it's expedient for us that one man should die for the people. Not that the whole nation should perish." An evil man with evil designs saying evil things. Do we really believe that the Lord is in control? When we look at the leadership of this country? When we look at the criminals that want to rule over us, do we really believe that God is still on the throne? Do we believe that He has a plan and a purpose for everything that happens? Do we really trust that God works all things together for good? Do we really believe as Joseph said, "you intended it against me for evil, but God intended it for good?" We need to lighten up and we need to trust God. John 11:53 says, "Then from that day on, they plotted to put him to death. Therefore, Jesus no longer walked openly among the Jews, but went from there into the country, near the wilderness to a city called Ephraim, and He remained there with His disciples." Do you know why he did that? Because He may wake, but He's never late. He had an appointment. His appointment came on Passover, the day the Jewish nation would reject their Messiah, and put Him on a cross and in the eyes of God, cease to exist as a nation. God would begin working with a new entity called the Church -- the Body of Christ. Soon to be the Bride of Christ. Not having rejected the nation of Israel, but having grafted the church into Israel to breathe life into her, to give her time to be brought back to that saving faith with which they had rejected. One day, as a nation, they will all respond to that faith. "Now both chief priests and the Pharisees had given a command that if anyone knew where he was, he should report it, that they might seize Him." We learn going on into the next chapter that they also plotted to kill Lazarus. And the reason they wanted to kill Lazarus and to kill Jesus is because this sign, this resuscitation. This miracle, this sign was so great. It produced such a hatred, such a violent reaction. The Jesus doom was sure from the standpoint of these people. Wouldn't it have been better if He just hadn't done it? I mean if He hadn't done this and hadn't done so many other signs, they might let Him live? Wouldn't that have been a good thing? Absolutely not. From the moment of His birth, through the duration of His life, He had his eyes fixed on the goal. The goal was the cross. The reason the cross was the goal was you and I. Has it ever struck you that when they scourged Him, they did it so brutally -- far more brutally than they would do any other prisoner -- It's the reason He could not carry His own cross. The world has no place for Christ. The world has no love for Christ. If Jesus Christ came back today, you know what they do it crucify Him again. But He has a place in your heart. He has a place in our lives. My friends, everything we have moves back to the cross. Could I also suggest that everything done at the cross relates to where you are right now? We may not know all we ought to know Martha certainly did not. We may not be completely surrendered, as we ought to be. With all her surrender even Mary was not. But we can trust in our brokenness and our frailty. We can increase our faith and our trust and our dependance on Him. Jesus Christ -- Glorified. Jesus Christ -- Resurrected. Jesus Christ -- Coming Again. The next time you ask, "Why?" Those are your answers – that God may be glorified and that we may believe.