How are the Dead Raised Up? 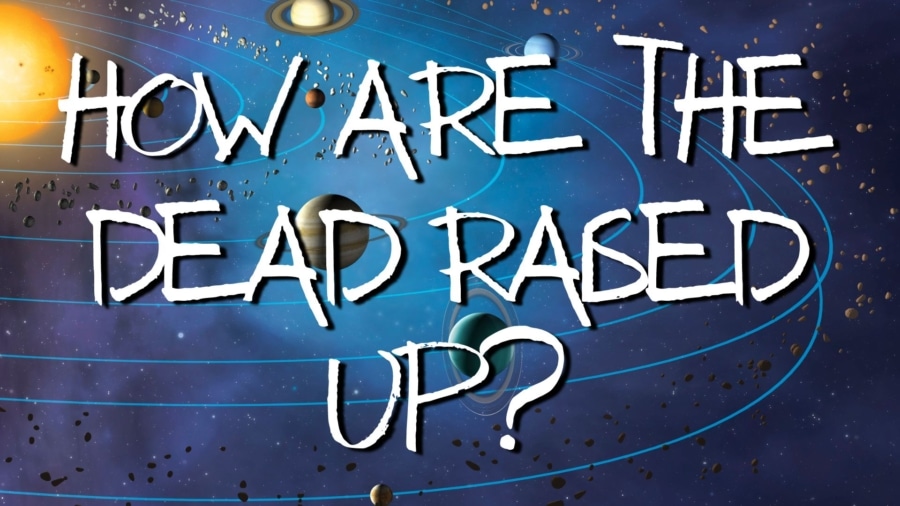 1st Corinthians 15:35-45 documents what kind of resurrection bodies believers in Jesus will have; what it’ll be like. 1st Corinthians 15:35-38 says, “Someone will say,’ How are the dead raised up? And with what body do they come?’ Oh, foolish one. What you sow is not made alive unless it dies. And what you sow, you do not know that body that shall be. But mere grain, perhaps wheat or some other grain that God gives of the body as He pleases and to each seed its own body.” You plant a little grain of corn, and a great stock of corn grows out of it. The stock of corn doesn't look at all like the grain. The resurrection body will not look at all like the body you have. Thank God for that! But it will be of the same element. It'll be the same body resurrected. The body of Christ as the disciples saw it and the body of Christ as they saw it in the transformation glory on the mount of Transfiguration, it was the same body, but it was majestically and magnificently different. That's the point of Paul's making. Your resurrection body is going to be a vast improvement over the one you now inhabit, Paul says. 1st Corinthians 15:39 continues, “All flesh is not the same flesh. There is a kind of flesh of men, another flesh of animals, another fish, and another birds.” Paul is simply trying to illustrate to the Corinthians (who did not believe in the resurrection) that there are different forms a body can take. 1st Corinthians 15:40 states, “There are also celestial bodies and terrestrial bodies, but the glory of the celestial is one. The glory of the terrestrial is another.” So, you have the visual glory of the mountains, the glory of the pines, the glory of the rivers. You also have the glory of the sun, the moon and the stars. Paul continues in 1st Corinthians 15:41-42, “There is one glory of the sun, another of the moon, another of the stars. For one star differs from another star in glory. So also is the resurrection of the dead…” Do you know what Paul is saying here? There will be a distinction between your resurrection body and someone else's body. That’s because your resurrection body is going to reflect the glory that you laid hold of in your life on earth. Another person’s resurrection body is going to reflect the glory that they laid all that in their life. Daniel tells us this in Daniel 12:3, Those who are wise shall shine like the brightness of the firmament and those who turn many to righteousness like the stars forever and ever.” While some stars are really bright, other stars are very faint. Some believers are going to have a reflected glory of Christ in eternity. That is going to be magnificent. They're going to be luminous. Other believers who did very little with their lives, they're going to look like a faint star way off in the distance. Every believer will be able to be evaluated visually as to how they lived for Christ in their life. For example, you’ll look down the street and see a blazing light and say, “There comes the apostle, Paul!” Conversely, looking down the street you see another and say, “There's a there's a light coming. I can hardly see it. It looks like a flashlight that the battery's running out. You’ll say, here comes Gene. He says in 1st Corinthians 15:42, “So also is the resurrection of the dead. The body is shown in corruption. It is raised in incorruption; it is sown in dishonor. It is raised in glory.” We talk often about the dignity of death. There is no dignity in death. Death is a curse. Death is an ugly thing. We put dead bodies in beautiful caskets so that we see only the beautiful casket, not the decomposing body. There is nothing dignified or beautiful about death. Death, frankly, stinks! Thank God He has something greater for us than death! He has given eternal resurrection! 1st Corinthians 15:44-45 says, “It is sown a natural body, it is raised a spiritual body. There is a natural body, and there is a spiritual body. It is raised a spiritual body because there is a natural body and there is a spiritual body. So it is really the first man. Adam became a living soul. The last Adam became a life-giving spirit.” Aren't you glad that you can step out of Adam into Christ? Note: This video contains clips copied from the LUMO Jesus Film Project