The Gospel According to Noah #5 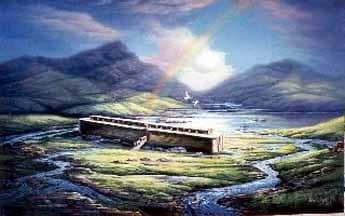 This conference was held October 28-30 2016 in Western Pennsylvania. The Abundant Life Church and Gene Cunningham presented 'The Gospel According to Noah. ' Hebrews 11:6-7 says 'But without faith [it is] impossible to please [Him] for he who comes to God must believe that He is and [that] He is a rewarder of those who diligently seek Him. By faith Noah being divinely warned of things not yet seen moved with godly fear prepared an ark for the saving of his household by which he condemned the world and became heir of the righteousness which is according to faith.'