The Rapture — Goodness and Severity

The Rapture — Goodness and Severity

Most people would never look at Romans Chapter 11 to find the rapture of the church, but it’s there and we learn a great deal by considering it within the context of the passage. We find out that our blessed hope – our soon departure — is both “goodness and severity” from God.

in Romans 11:11 Paul asks the question, “I say, then, have they stumbled that they should fall?” Who’s the “they?” Paul is talking about Israel and answers “Certainly not!” How is it that we have this growing trend among members of the church to say that God is done with Israel? It’s ludicrous, even blasphemous, because it declares that God doesn’t keep His promises. If God got fed up with the Jews and decided to stop working with them, what guarantee do you have that He’s not going to get fed up with the church and stop working with us? God is a faithful God, and He always fulfills His promises.

Paul continues in verse 11, “But through their fall, to provoke them to jealousy, salvation has come to the Gentiles.” You remember Deuteronomy 32:21, when Moses was talking to the children of Israel, and he told them that they were going to go after other gods. Because of their idolatry, Moses reported that God would be filled with wrath, and He would deal with them in judgment, drive them out of their land and scatter them among other nations. And then God said in that passage, “I will provoke you by a people who are not a nation.” How can you have a people who are “not a nation?” Very simple. You just get people from every nation, every nation, every tribe, every tongue, every kindred from all over the world. You gather an entirely new people and entirely new creation. And you call it “the church.”

Romans 11:12 says, “If their fall is riches for the world and their failure riches for the Gentiles, how much more of their fullness! For I speak to you, Gentiles in as much as I am an Apostle to the Gentiles, I magnify my ministry if by any means I may provoke to jealousy those who are my flesh and save some.” Paul understood the role that God had for the church in relationship to Israel, and he understood, as the Apostle to the Gentiles — the example that we were to follow — he had a responsibility to “provoke.” The idea here is to provoke them by giving them a demonstration of what they could have been, of what they could have had, of what they could have received, but they rejected and therefore will take what they rejected and will use it and magnify Jesus Christ. When God calls this people back onto the scene in the tribulation period, this is what will motivate them to go out with a zeal that will evangelize the entire world!

Think of it. The church has been working on reaching the world for 2000 years and we’re not done. There are cultures all over this world that don’t have the Bible in their own language. There are many, many unreached people. What we have not accomplished in 2000 years, the children of Israel, beginning with 144,000 Jewish evangelists, are going to do it in seven years.  It’s going to be like unleashing 144,000 Apostle Paul’s on the world. I believe they’re going to be restored to supernatural gifts with supernatural powers. There’s probably going to be things going on during the tribulation, like Philip evangelizing a guy down in Giza, and then suddenly, he’s in the next town and he’s evangelizing people there. God is going to be working in just astounding ways.

But we have our part to play for those people. What we do is going to make a difference for them. And this provocation is not a provocation of an arrogant or an insult attitude toward them or looking down on them or a diminishing of their value. It’s a recognition that everything that has happened leading up to the time of the church, we are indebted to them. As Paul says in Romans 1:14-16, “I am not ashamed of the Gospel. I am a debtor.” You and I are a debtor. And we’re a debtor, not only to those that we should go to in our great commission, but we are a debtor to the nation of Israel. We would not have the Bible without them.

This idea of provoking is on Paul’s mind, because in Romans 10:19, Paul says, “But I say, did Israel not know? First Moses says, I will provoke you to jealousy by those who are not a nation. I will move you to anger by a foolish nation.” So, there’s a repetition here, running through Romans Chapters nine, ten and eleven. These chapters tell us what part we play in God’s plan for Israel, and in a sense, contain our marching orders. Romans 10:14 says, “How then shall they call on him in whom they have not believed?” Who’s the “they?” The same “they,” the same people. He’s talking about the children of Israel. “How shall they call on him in whom they have not believed? And how shall they believe in him, of whom they have not heard? And how shall they hear without a preacher? And how shall they preach unless they’re sent?” We quote this all the time as a part of our missionary endeavor. “How beautiful are the feet of those who preach the gospel of peace, who bring glad tidings of good things.” But what is the context? The context is the role of the church and ultimately bringing the children of Israel back to God.

And so, we come up to Romans Chapter 11, Paul, in effect assumes two prophetic perspectives, two covenants, two people, two messages, and now we see two trees. In Romans 11:15, he says, “For if their being cast away, is the reconciling of the world, what will their acceptance be but life from the dead? If the first fruit is holy, the lump is also holy.” In other words, the gathering in of the first fruits, was the first fruits of the harvest offered to God. The grain from the field was ground into a lump of dough. “If the first fruit is holy, the lump of dough that comes from it is holy” He goes on to say in Romans 11:16, “If the root is holy, so are the branches.” We have a tree. The tree comes from the root. Romans 11:17 says, “And if some of the branches were broken off.” Notice that “they” in verse 11 shifts to “you” in verse 13, and Paul tells us the “you” is “you Gentiles” (which form the church for the most part.) “If some of the branches,” meaning them, “…were broken off and you, being a wild olive tree were grafted in among them, and with them you became a partake of the root and the fatness of the olive tree.”

Romans 11:18 continues, “Do not boast against the branches. But if you do boast, remember that you do not support the root, but the root supports you.” Here’s the first command. “Do not boast.” Let me ask you a question. Is it not boasting when we disregard the debt that we have to everyone who came before? Is it not boasting when we conclude that God’s done with Israel? Is it not a boast when we say that we’ve taken their place, that all the Old Testament promises were spiritual in nature, and we’ve become “spiritual Israel” and therefore God is done with them? I’ve even heard Christians say today, if the nation of Israel is wiped off the map, doesn’t make any difference at all. It’s blasphemous. I hear pastors say, this doesn’t matter if Iran wipes Israel out. It doesn’t have anything to do with us at all. Really? Are we not boasting against the route on which we’re built? I think we are. Romans 11:19 anticipates the reader’s questions. “You will say to me then. Branches were broken off that I might be grafted in.” in other words, “God got rid of them so that He could pull me in.” And that obviously makes me superior and inconsequential. Romans 11:20, continues, “Well said. Because of unbelief, they were broken off. And you stand by faith.” Do not be haughty, but fear.” I wonder how much real fear there is in any of us of failing to play the part that God intends us to play in this most crucial time of church history. Romans 11:21, says “If God did not spare the natural branches, He may not spare you either.” Is Paul anticipating something here? Romans 11:22, “Therefore consider the goodness and the severity of God.” If you have never been through a time of real scourging, if you’ve never been in a time when God has chastened you severely, this is what Paul is talking about. He’s saying that “the blessed hope” has severity mixed in with mercy.

What follows the Rapture? We call it the Bema Seat of Christ– a place of reward and loss. So, “Consider the goodness and the severity of God: on those who fell, severity.” How severe has God been to the people He chose? 2000 years of wandering, hatred, maligning, and persecution. Yet, the worst is yet to come. Romans 11:22 says of God’s goodness and severity “on those who fell, severely; but toward you, goodness, if you continue in this goodness.” Is the church continuing in that goodness? Do we recognize that mercy came to us through Jesus Christ, the Jew? Have we somehow lifted Christ up out of His genealogical roots and forgotten what Paul told us at the beginning of the book of Romans, that Christ was made of “the seed of David according to the flesh.” And we should never forget that all down through the ages, men and women shed their blood, sacrifice their lives, poured out their tears in order that God might bring through that people the Savior of the world.

Paul finishes the thought “…if you continue in His goodness. Otherwise, you also will be cut off.” This is a prophecy of the rapture of the church. Paul is anticipating is that the church, in the end will fail for the most part. We see it all around us. We do not pray for the nation of Israel. We do not stand up for the nation of Israel. We do not fulfill our role as a believer priest. Oh, we’re thankful that we’re believer priests. That means I can walk into the throne room of God at any time. I can come boldly to the throne of grace. I can stand with a fallen, open face before the Lord Jesus Christ. I can know that my sins are forgiven. I can know that He’s there any time I need him. This is so self-focused. You have a role to play, and your priesthood has a focus because it is a priesthood after the order of Melchizedek. And that should mean something. 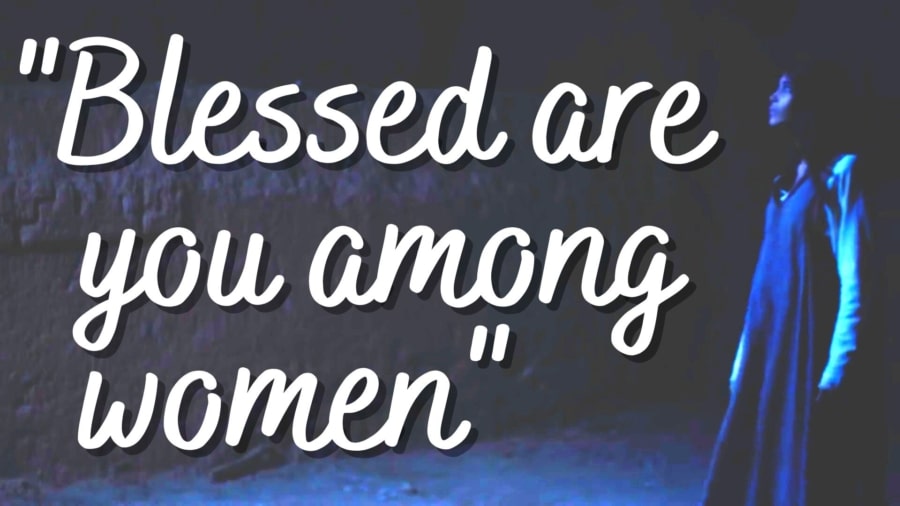 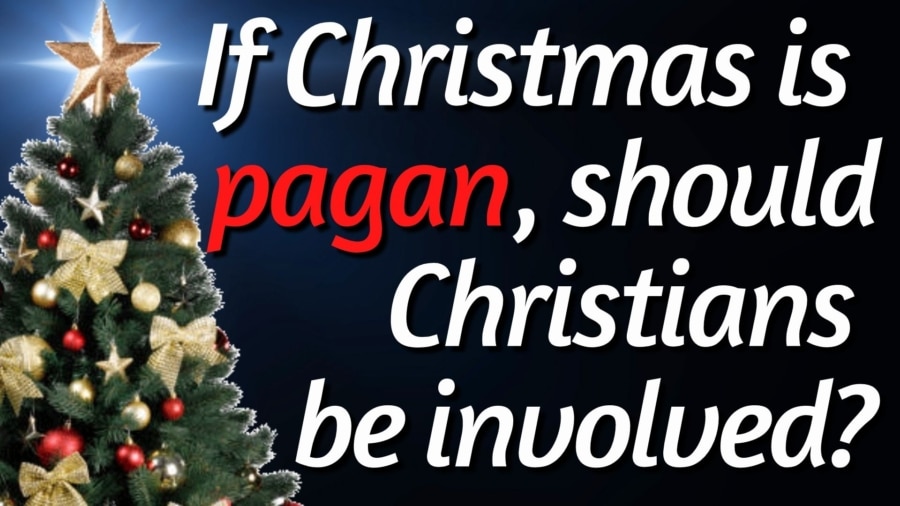 If Christmas is pagan, should Christians be involved?