The Gospel According to Moses - Session 1 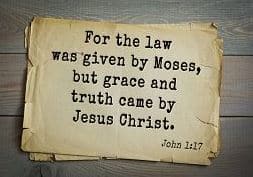