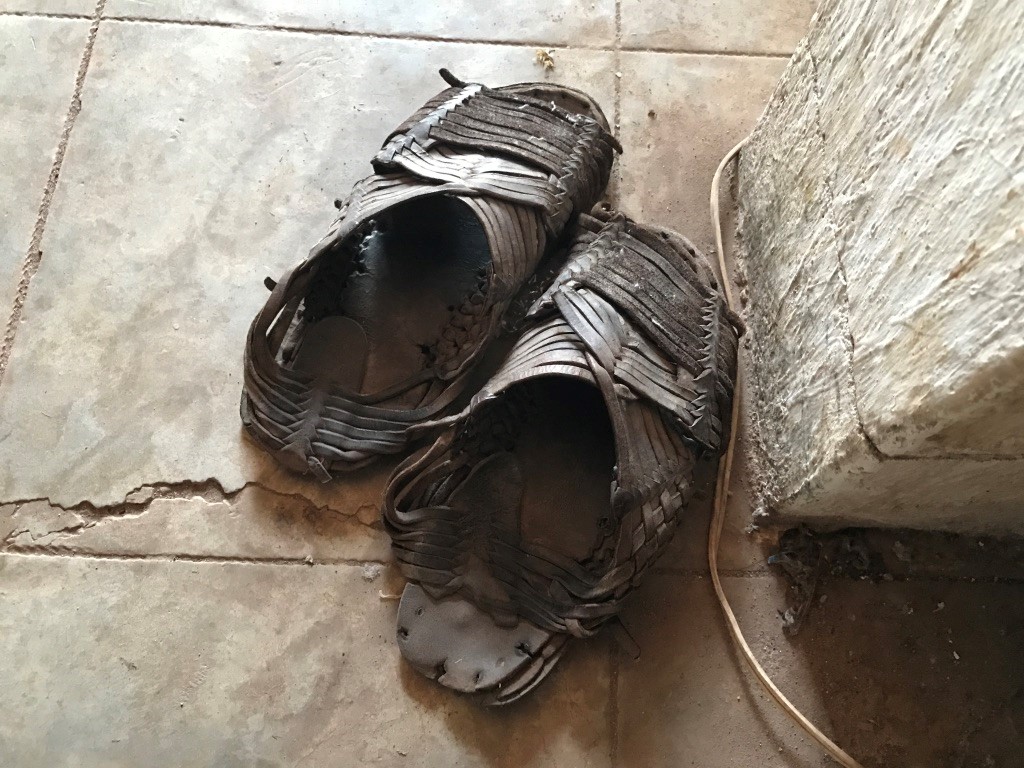 “How beautiful upon the mountains are the feet of him who brings good news, who proclaims peace,
who brings glad tidings of good things, who proclaims salvation …” Isa 52:7a
We recently returned from an amazing journey into Mexico, visiting two indigenous tribes in the mountains of the central Sierra Madre Mountains. The above picture is a pair of huaraches belonging to Pastor Erasmo, an 82-year-old, faithful servant of God who you will hear more about later. We will start this report with some background from my sister, Cindy, who has a long history with these believers.

Mexico recognizes 62 separate, indigenous languages within its territory. Nayarít, a small state located in the central western region of Mexico, is bordered by the Pacific Ocean to the west and the western edge of the Sierra Madre Mountains to the east, containing hundreds of miles of tropical rainforest and about 6% pasturelands. A little more than 22% of the population is indigenous. Nayarit is home to four distinct groups: the Wixaritari (Huichol), the Naayerite (Cora), the Odam (Tepehuan), and the Mexicaneros.

As a young missionary, I (Cindy Cunningham) first visited the Cora church of Presidio de los Reyes in 1979. The church hosted a yearly Christmas conference. It was here that I met Roman Diaz, an early Huichol believer. The Cora pastor, Erasmo Gonzalez, became a believer in 1970 and today is 82 years old. He continues to study and teach, as well as collaborate with missionaries from New Tribes Missions on a more accurate translation of the Bible in the Cora language. One of the highlights during the 1980s for me, was a three-day mule trip into the Sierra Madre Mountains to visit a second church founded by Pastor Erasmo and to explore open doors for evangelism. 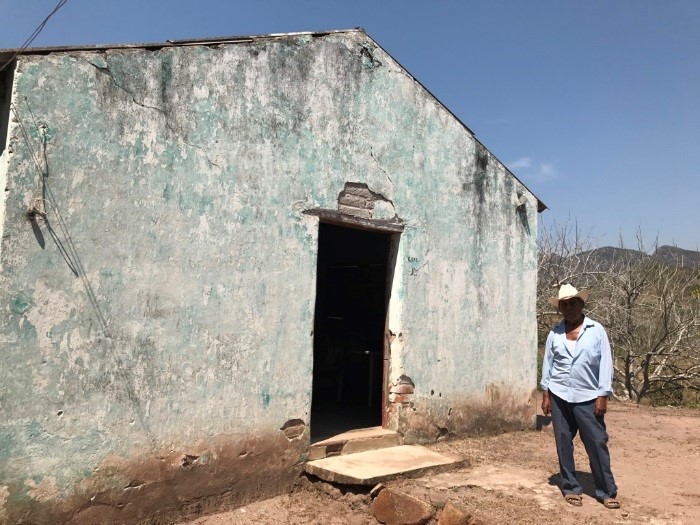 The church building was built in 1976 by our mission, Operation Grace World Missions, which at that time had five missionary families in Mexico. Sam Brisbin founded the church there, evangelized throughout the mountains, and provided Bible teaching. Of the five families, I alone continue to live in Mexico and have kept in contact through the years with Pastor Erasmo and his family.

In the early 1990s, I took my first husband and our family to meet Pastor Erasmo and, during that trip, we met a Mexican missionary, Arturo Horta, who evangelized and prepared Christian workers from the Cora, Huichol, and also Tepehuan indigenous groups. We collaborated with him by accepting young people from these groups into our home for intensive Bible courses. His daughters, Azucena and Flor Horta, both lived with us at different times, providing them opportunities to study and work.

Arturo passed away in 2002, and his son-in-law, Domingo de la Cruz, an indigenous Huichol pastor, took over his work. He had also received training from us through Operation Grace. Domingo passed away in 2015, and his widow, Azucena, along with their two children, have continued to hold services at the church founded by her father and husband.

In 2003, I moved to Oklahoma and left Operation Grace, but remarried and returned to Mexico in 2014 where I resumed closer contact with Azucena and Flor Horta, as well as Pastor Erasmo. All were praying and insistent that the work needed attention. I communicated the need to three different pastors who I thought might be interested in helping, and my brother, Gene, of Basic Training Bible Ministries, was enthusiastic and agreed to a trip to visit and encourage the believers in these churches with teaching from God’s Word. It was a real privilege to once again minister and pray for people who have been a part of my life and ministry over the last 38 years. 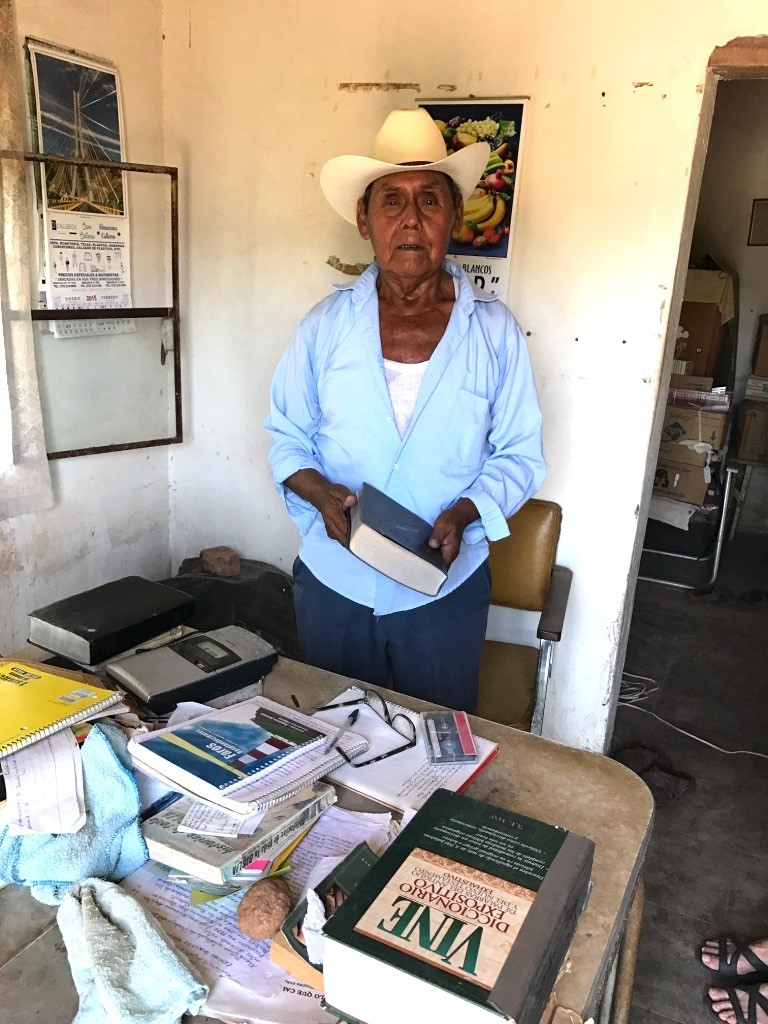 Driving up to the Cora village, we slowly stepped back in time as we saw men driving cattle along the road, and saddled mules and horses tied outside various homes.
Pastor Erasmo continues his work, though he is 82 years old. There is need for a young man to train and prepare to take his place. That young man just may be his grandson, Ricardo, who later accompanied us to the Huichol village.
While the church has dwindled down to a handful, Erasmo has been praying for help to be provided. That help appears to have come in the form of two New Tribes families who have come to work on the Cora translation of the New Testament.
Salvador and Andrea Nunez and Edwin and Ameryka Coronado, along with their young families, are eager to help in the work, while they simultaneously pursue their translation efforts and strive to evangelize the indigenous people. Please pray for these dedicat 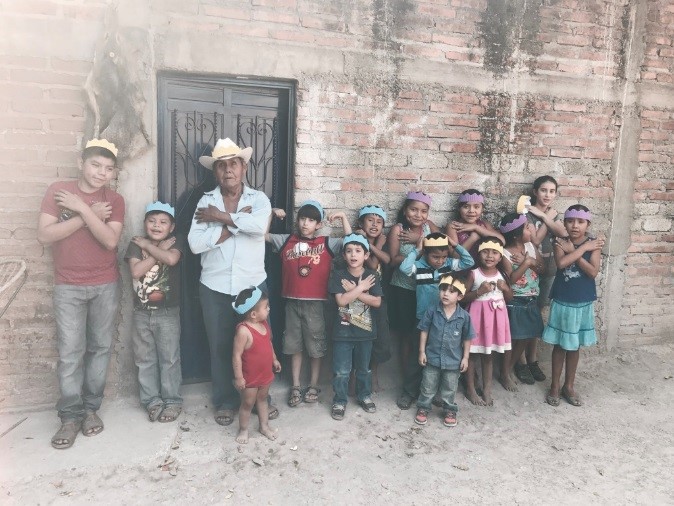 ed couples.
Nan and I will be personally supporting these families, as much as we can, as well as providing some support for Pastor Erasmo, who has no income to speak of, and spends his days in a small study, making tapes in Cora of Bible studies to send to villagers in more remote areas. We ask you to join us in praying for these fellow workers in the Kingdom of God.
We took a huge load of food into Presidio with us, which enabled us to distribute some of it to needy families, as well as provide a big feast for the believers.
Nan and Cindy had several classes for the children, giving them the Gospel and admonishing them to walk in the ways of King Josiah, who loved the Lord God with all his heart, soul, and mind. As always, we found it difficult to leave such wonderful people.
The Huichol Tribe
Our travel back in time was accelerated as we loaded up in a truck with our driver, Gabriel, Cindy’s friend Flor, and several others who piled into the    ba 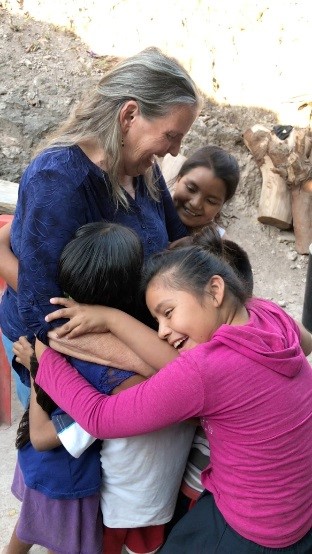 ck to go high up into the Sierras to the Huichol tribe. Within three hours, we were climbing on a gravel road through the pines, eventually topping over 7,000 feet, before dropping down into a maze of mountains, cliffs, and canyons, to the little village of Guadalupe.
As we drove down the “main street,” flanked by adobe houses, dogs barking, and donkeys braying, I told Nan and Cindy I felt like I had just stepped into a Clint Eastwood movie.
The church here has been without a pastor for two years, but the work has been kept alive by Azucena, the widow of the former pastor, Domingo. Though our visit was very short, we had a full day of Bible classes for children, adults, and youths, along with a great feast of pozole (a corn-soup specialty) and other things we could bring in. The people here were hungry for God’s Word, and I especially noticed a seeking attitude among the young men and women. We ask that you pray for a young lady named Erica, recently introduced to Gospel truth. Also, remember a young girl named Anna, who has some health problems for which we will hopefully be able to provide help. 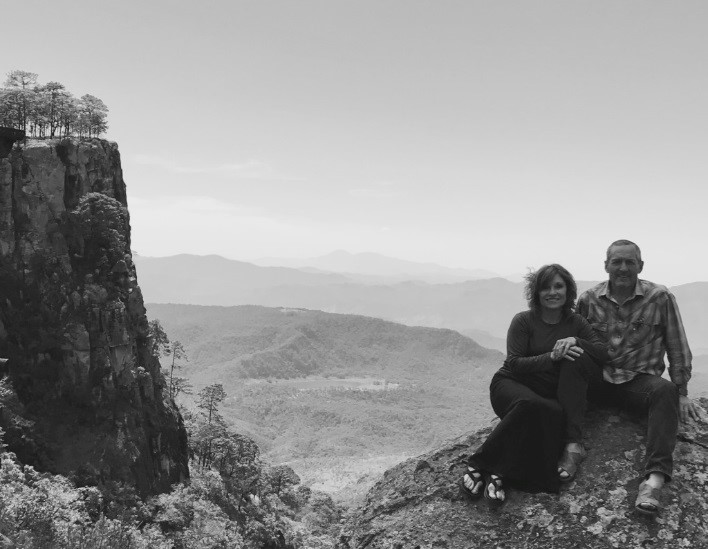 On our outward/return journey, we stopped at some lookout points where we stood on a precipice dropping hundreds of feet, to look to the north along the spine of the Sierras at some spectacular views. At one point, we stopped briefly at an old wooden store off to the side of the road. I immediately noticed a horse tethered to a tree, with the typical wooden Mexican saddle. Soon, out of the store came a lean mountain Indian who untied the horse, stepped into the saddle, and rapidly crossed the road and ascended into the pines. How I would have loved to have a picture of that. Better yet, I would have liked to ride with him for a while! 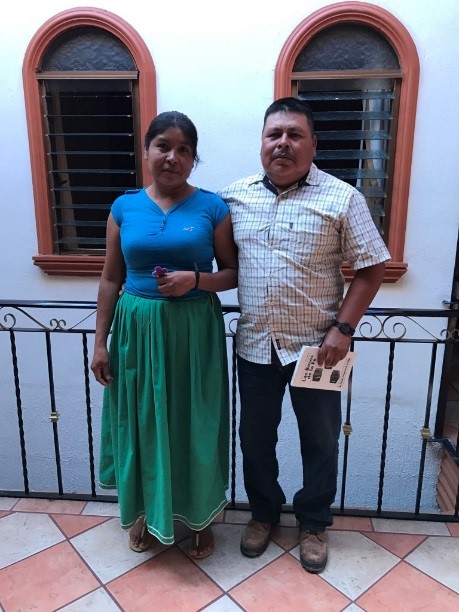 We also met with a possible answer to the needs and prayers of the Huichol church, Joaquin and his wife Angelica. He has been working in evangelistic ministry among remote Huichol communities, and may consider settling in Guadalupe, both to pastor the church, and to build a training and outreach center, harnessing the vigor of the motivated young men and women in that area. We gave Joaquin a Spanish Basics book, which he studied overnight. The next day he was very excited, saying, “I never found such a book that is so easy to understand, and provides me with so many materials for messages.” Please pray for them as they seek God’s will for their lives and ministry.
Ongoing Work
We have made a firm commitment to continue to support and work with both these tribes, and the workers who are there. We have plans in motion for some exciting developments in the future. We’ll wait until further progress to inform you all about them, but ask that you would lift up these precious men and women, as they seek to continue to grow in God’s matchless grace and truth, and to reach out to their world for Jesus Christ.
Please pray for Cindy, as she will be working to implement many of our future plans. We promised both villages we would return soon, and since our return, we have missed them all greatly. What precious people! They are so poor in this world’s goods, yet so rich in the treasures that last forever.
Once again, thanks to each of you for the invaluable support you provide through prayer and giving.
For a four-minute tour of our ministry in Mexico follow this link:www.dropbox.com/s/awyhg43g4x3wo2y/Nayarit%20Mexico%202017.m4v
In God’s grace,
Gene, Nan, and Cindy
Basic Training Bible Ministries2017-03-20T00:00:00+00:00
Go to Top